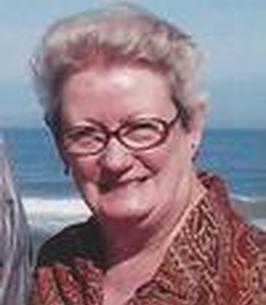 Graveside Services are 1:00 p.m. Tuesday, Dec. 6, at Aledo Cemetery. Visitation will be Noon until service time Tuesday at Bewley Funeral Home and Cremation Services, Aledo. Burial will be in the Aledo Cemetery.

Memorials may be made to the Barbara Kelly memorial fund. Bewley Funeral Home & Cremation Services, Aledo is assisting the family with arrangements.

Barb was a graduate of Aledo High School and The American Institute of Commerce in Davenport, IA.

She was a teller at the National Bank of Aledo for over 20 years. Barb had a passion for photography. She moved to Florida on September 11, 2001. She worked as the head bookkeeper at the Golden Lion and took pictures for local newspapers and magazines.

To send flowers to the family of Barbara Kelly, please visit our Heartfelt Sympathies Store.

We encourage you to share any memorable photos or stories about Barbara. All tributes placed on and purchased through this memorial website will remain on in perpetuity for future generations.

Provide comfort for the family of Barbara Kelly by sending flowers.
Send Flowers

LL
I am so very sorry to hear of Barb's passing. Barb was a good, caring friend who will be greatly missed. I worked with Barb on heritage and cultural projects in the northeast Florida region (the Nation's Oldest Port National Heritage Area initiative) and enjoyed visiting with her as we traveled to many of the heritage and cultural offerings in the Flagler Beach, Palm Coast, St. Augustine and Hastings area. Some of my favorite memories with her were dining at Chicken by the Sea and Snack Jacks at Flagler Beach, and exploring the Agricultural Museum and Mala Compra Plantation at Flagler Beach / Palm Coast.

She loved local seafood and the farmers markets and living in sunny Florida. Barb's enthusiasm for preserving local history was infectious and made a difference in documenting the unique heritage and cultural destinations in Flagler County along Heritage Crossroads.

My deepest sympathies go out to her family and friends.