To share your memory on the wall of Barbara L. Richardson Thompson, sign in using one of the following options:

Provide comfort for the family by sending flowers or planting a tree in memory of Barbara L. Richardson Thompson.

Provide comfort for the family of Barbara L. Richardson Thompson with a meaningful gesture of sympathy.

Our mother, Barbara L. Richardson Thompson, 81, of Aledo, went to be with the Lord Sunday, March 17, 2019, at Genesis Medical Center – Rusholme Campus, Davenport.

Cremation rites have been accorded. Private interment will take place at a later date. Nichols Bewley Funeral and Cremation Services, Aledo, is caring for Barbara’s family and arrangements.

Online condolences may be left for Barbara’s family at www.NicholsBewley.com.

She was a member of the former Grace Chapel in Joy, IL. Her kids, grandkids and great grandkids were her whole world. She was a woman of great faith. She read the Bible until she was no longer able to read. Her last words were, “My kids need you Jesus”.

“I have fought the good fight. I have kept the faith. I have finished the race.”

To send flowers to the family or plant a tree in memory of Barbara L. Richardson Thompson, please visit our Heartfelt Sympathies Store.
Read Less 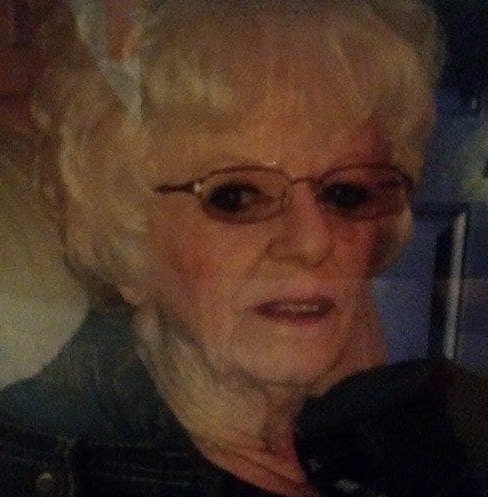 We encourage you to share any memorable photos or stories about Barbara L. Richardson Thompson. All tributes placed on and purchased through this memorial website will remain on in perpetuity for generations.

I was sad for your kids, grands and great-grands when I heard you left this world behind Aunt Barb. But, so very happy for you. You ran your race and at the end our Lord and Savior and a whole bunch of family were waiting with open arms to welcome you home. Rest in peace.
Comment | Share Posted Mar 22, 2019 at 07:54pm via Condolence
AT

It’s never easy saying goodbye to loved ones; our respite is knowing we will reunite with them soon enough- and to know they are in God’s great hands gives us strength and peace. God bless you my cousins. Aunt Barb was a beautiful, precious soul.
Comment | Share Posted Mar 22, 2019 at 07:53pm via Condolence
KR

Sweet Aunt Barb, although you will be greatly missed, we are all confident and blessed to know you are finally in heaven with your beloved Savior!
Love and hugs to Cheri, Mark, Kim, Connie and all of your families....
Comment | Share Posted Mar 22, 2019 at 07:44pm via Condolence
SL

Mark, Cheri, Connie and Kim- I am so sorry for the loss of your mom. May God bless and keep you all as you follow this path of grief but rejoice in the life of love that she passed to you all.
Comment | Share Posted Mar 21, 2019 at 09:45am via Condolence